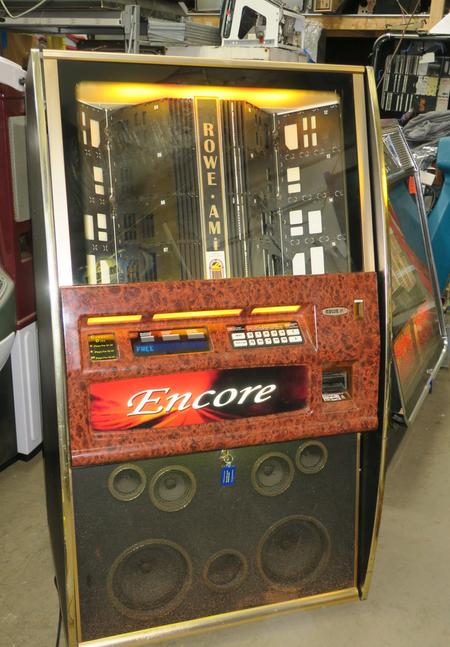 Very Sharp Rowe AMI CD100-H coin operated jukebox. I have gone thru this box from top to botttom and it is ready to go. Replaced all of the bulbs with LED's which really makes the box pop. Replaced the animation motor with a brand new one. Rebuilt the title page motor. The box is currently set on freeplay but can easily be switched back to take money. Does not come with CD's. Does have a working coin mech and a non working bill acceptor. 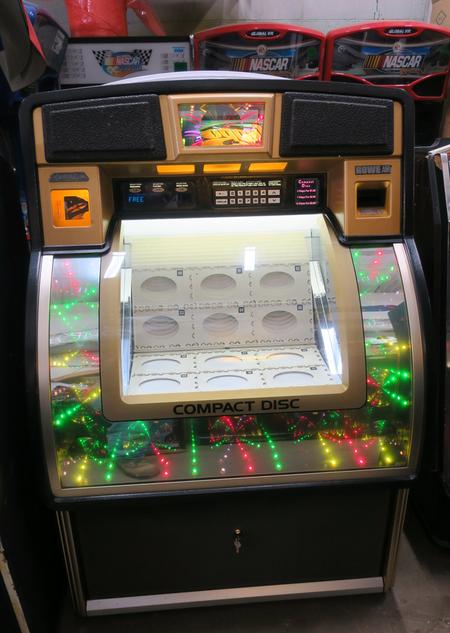 Nice Rowe AMI CD100-A. The box has been completely gone thru, looks and sounds great. Replaced the animation motor with a brand new one and replaced all of the small bulbs with colored LED's which makes it pop. Has a working bill acceptor and coin mech. Currentely set on freeplay but easily switched back to take money. Does not come with CD's.

Very Sharp Rowe Encore 100 cd jukebox. Box does not come with cd's, has a coin mech and anon working bill head. This style Encore is one that that did not make many of. 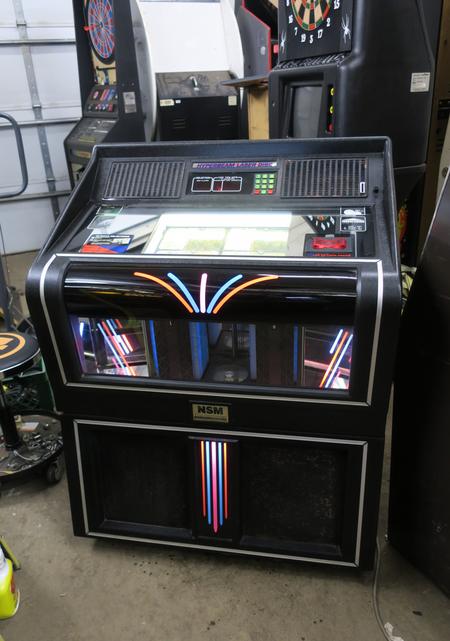 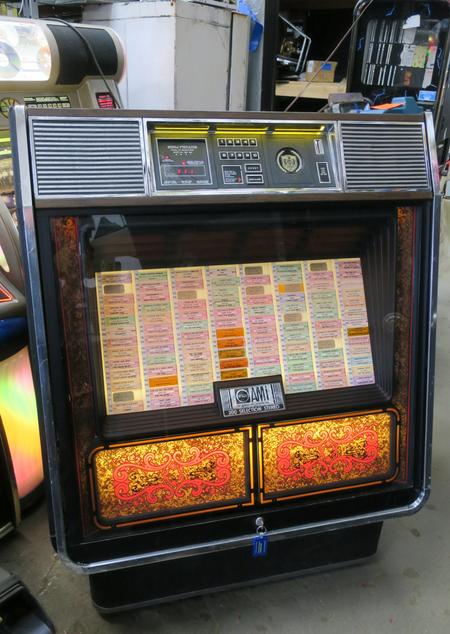 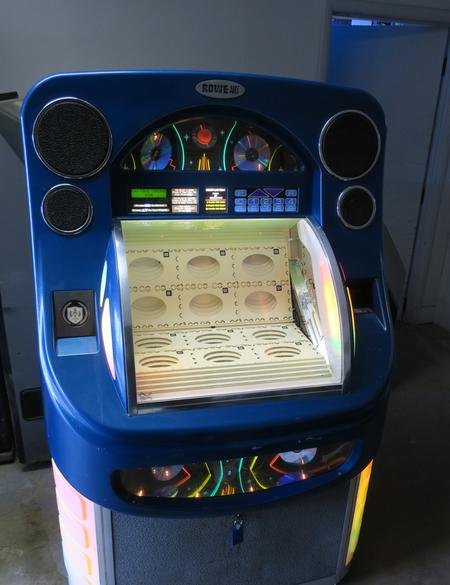 Nice NSM Hyperbeam 100 cd coin operated jukebox. This jukebox works and sounds great. Does not come with cd's nor does it have a bill acceptor (see pic of tape over bill acceptor opening). This jukebox is working, I do not normally deal in nor work on NSM brand jukeboxes. This one I picked up as part of a large bulk jukebox buy. sold as is working, price is very fair. 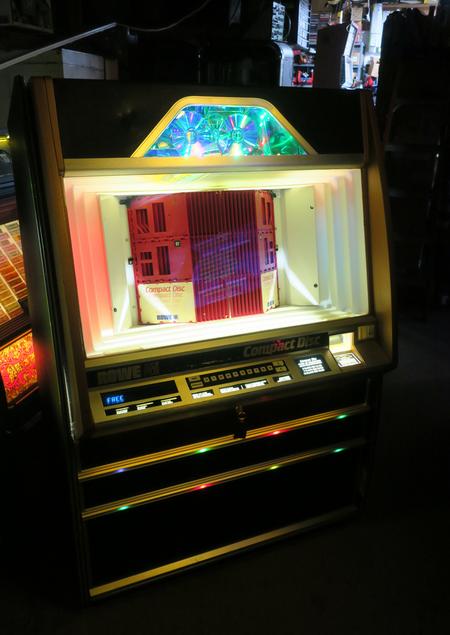 Sharp Rowe AMI R-85 Jukebox. The box holds up to 100 45 rpm records which are included. The box has been completly gone thru and looks and sounds great. Comes with a brand new needle